We can confirm that Jock Wishart’s 13 man crew will begin their attempt to beat a 26 year-old record for rowing Loch Ness at 2pm today (26th June). They will start from the Dores Inn slipway. It is anticipated that the row will take around 2 hours and 15 minutes, ending near the lock gates at Fort Augustus. 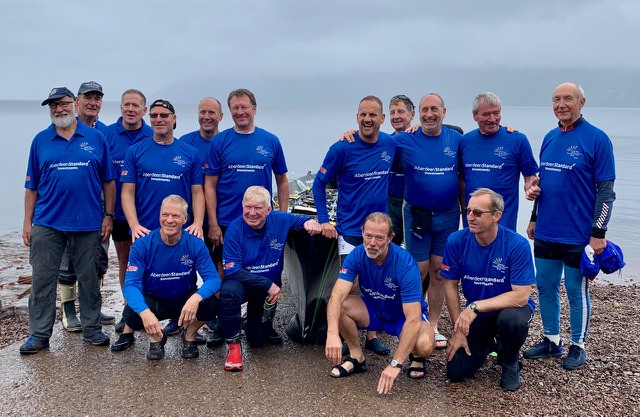 Jock Wishart said: “We are good to go today. The wind is unusual in that it is coming from the North-East, so we are beginning at Dores so we get the benefit of any wind there is.”

“It is a very hard record to beat. When Scots Peter Haining and George Parsonage set the record, they had no idea it would last so long. It is a tribute to them that we are still seeking to beat it so many years later.”

The record attempt is supported by Aberdeen Scottish Investment.

For more information and for photo, video and interview requests, please contact